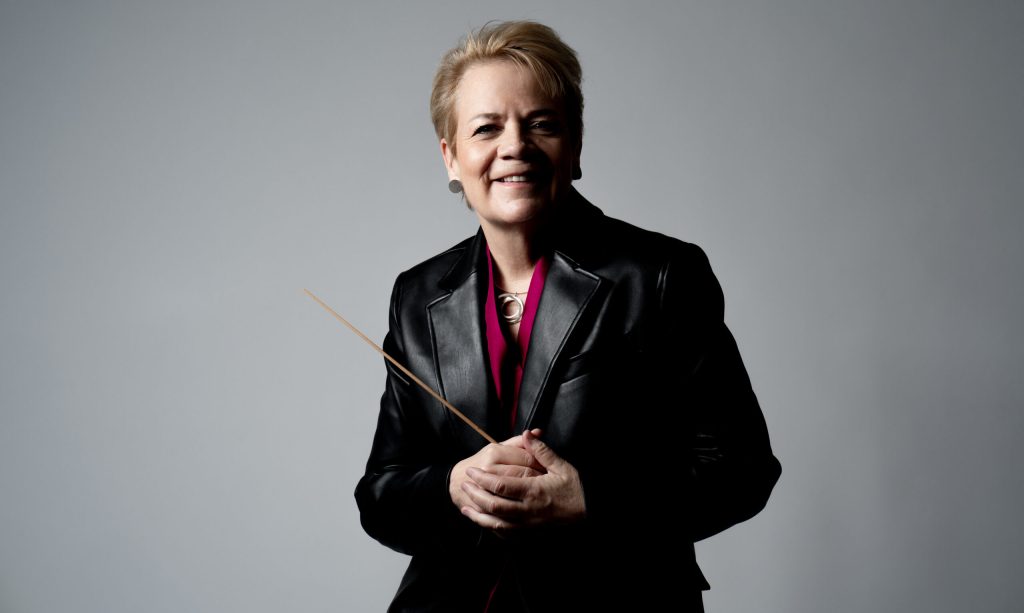 “A powerful and communicative force on the podium” (Chicago Classical Review), MacArthur Fellow Marin Alsop looks forward to a full lineup of high-profile international engagements this season. In the U.S., she celebrates 200 years of Brazilian independence with the São Paulo Symphony Orchestra at its Carnegie Hall debut (Oct 14 & 15), performs works by Anna Clyne, Jessie Montgomery and Julia Wolfe with the Chicago Symphony Orchestra (Jan 6 & 7), leads the New York Philharmonic in music by Prokofiev, Barber and Chick Corea (May 25–27), conducts three programs as Music Director Laureate of the Baltimore Symphony, and returns to the Philadelphia and Minnesota Orchestras and Dallas, Cincinnati and Seattle Symphonies. In her fourth season as Chief Conductor of Austria’s ORF Vienna Radio Symphony Orchestra, she conducts four programs of 20th- and 21st-century music, leads a tour to the Paris Philharmonie, and releases her recordings of Schumann’s First and Second Symphonies on Naxos.

After launching her season with an extensive tour of Japan at the helm of the Poland National Radio Symphony Orchestra (Sep 7–19), she returns to the Orchestre de Paris, London Symphony Orchestra and London’s Philharmonia orchestra – with which she made her acclaimed debut just three months ago – for concerts at Windsor Castle and the Royal Festival Hall.

Complementing Alsop’s full 2022-23 season is a year-long Global Concert Series to mark the 20th anniversary of the Taki Alsop Conducting Fellowship, which she founded to help the next generation of women conductors.