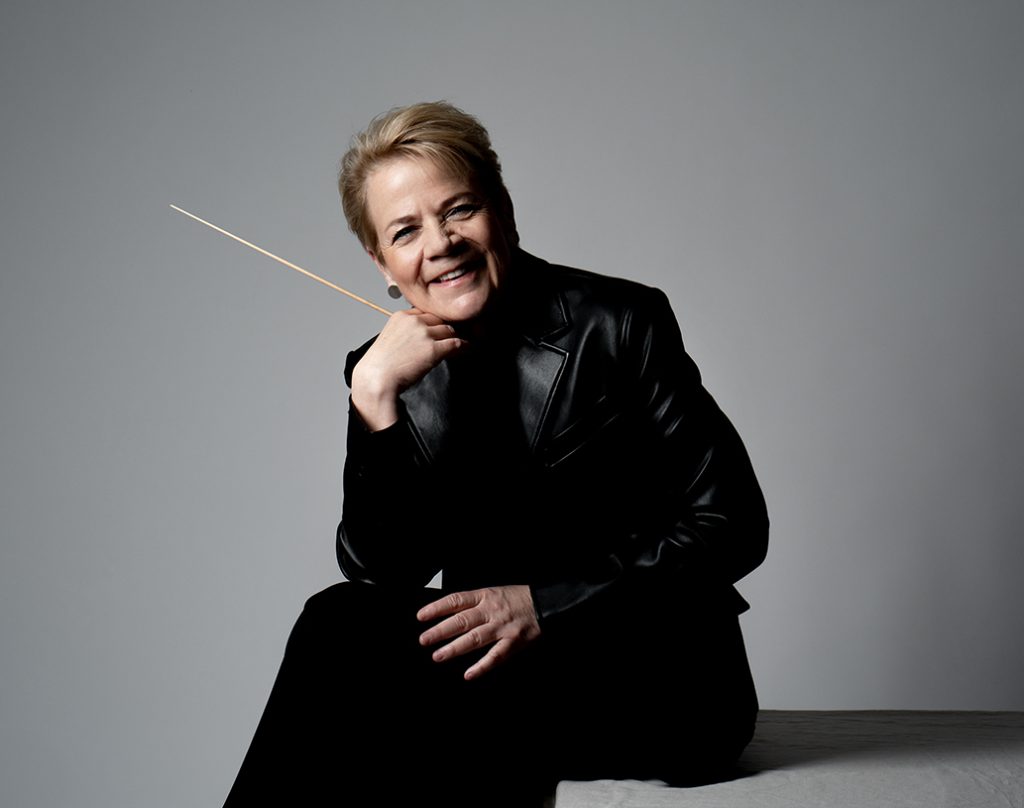 This summer, Marin Alsop looks forward to a transatlantic summer with a variety festivals and performances. In the States, she serves as conductor and Jury Chairperson of the 2022 Van Cliburn International Piano Competition (June 14–18), helms the Opening Night concert of the Aspen Music Festival (July 1), and continues her ongoing tenure as Chief Conductor and Curator of the Ravinia Festival with five Chicago Symphony concerts and the first annual “Breaking Barriers” festival, devoted to “Women on the Podium” (July 15–31).

She bookends these U.S. dates with a pair of London engagements, making her Philharmonia Orchestra debut with a concert at the Royal Festival Hall (May 19) and a masterclass for women conductors (May 18), before returning to lead the ORF Vienna Radio Symphony Orchestra in its first appearance at the BBC Proms (Aug 13). Now in her third season as the Austrian ensemble’s Chief Conductor, it is also with the Vienna RSO that she makes her eagerly anticipated Salzburg Festival debut (Aug 9).