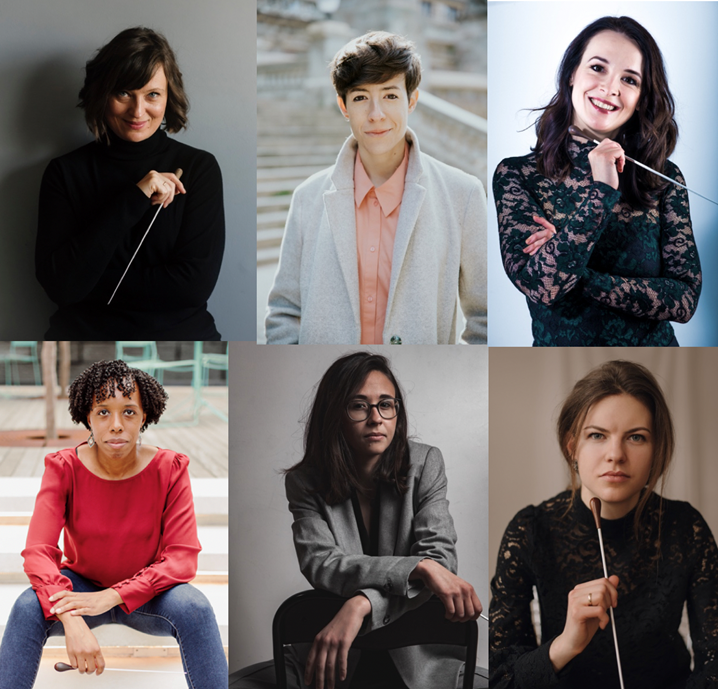 Founded by Marin Alsop in 2003 to promote gender diversity in music and help other women follow in her own pioneering footsteps, the Taki Alsop Conducting Fellowship is pleased to announce its 2022–24 Fellow along with two Associate Fellows and three other award recipients. Receiving the top prize is Anna Duczmal-Mróz, who has been principal conductor of the Amadeus Chamber Orchestra of the Polish Radio – an ensemble founded by her mother, groundbreaking conductor Agnieszka Duczmal – since 2009. Besides performing with that orchestra around the world, she has collaborated with numerous other Polish orchestras including the National Philharmonic, Sinfonia  Varsovia, and the NOSPR, and worked with soloists including Wynton Marsalis and the Jazz at Lincoln Center Orchestra, Avi Avital, Daniel Hope, Ingolf Wunder, and Kirill Troussov.

An unprecedented number of other award winners join Duczmal-Mróz this year. In a field of six finalists for the 2022–24 Fellow Award, all six were found to be at such a high level that it was determined they should all receive an award and be invited into the Taki Alsop Conducting Fellowship community. Thus, two Associate Fellows were also named: Spanish conductor Irene Delgado-Jimenez, also a prize-winning pianist who serves as Chorus Director at Chorus Delicti in Vienna and Guest Conductor at Orquestra Terres de Marca in Barcelona; and Swedish conductor Marie Rosenmir, who came to conducting through a career as a professional organist, pianist and singer and has now conducted all of Sweden’s major orchestras and the Swedish Royal Opera, among many others. The three additional award recipients for 2022–24 are Panamanian-American conductor Kalena Bovell, Assistant Conductor of the Memphis Symphony Orchestra and Conductor of the Memphis Youth Symphony; Spanish-born conductor Julia Cruz, winner of Second Prize in the Blue Danube/Béla Bartók Opera Conducting Competition whose upcoming engagements include Kolozsvári Magyar Opera, Stara Zagora State Opera and Orquestra de Cambra de Mallorca; and Polish native Anna Sułkowska-Migoń, who conducts the Ars Cameralis Choir, is Conductor-in-Residence of the Polish Sinfonia Iuventus Orchestra, and assistant conducts the Kraków Philharmonic Boys Choir.

After 20 years of mentoring, supporting, and promoting women conductors as they advance in their professional careers, the Taki Alsop Conducting Fellowship is also pleased to announce its collaboration with AT&T and the expansion of its program. With their generous support, TACF will be adding the She’s Connected by AT&T — Taki Alsop Conducting Fellowship Mentoring Program. Over the course of three years, the TACF will be able to mentor 30 additional women conductors, collect research and data, and create a mentoring model for the future.

As part of the AT&T collaboration, Alsop and a TACF-mentored conductor will be featured in the She’s Connected campaign shared across digital and social platforms. Launched in 2020, She’s Connected showcases the multi-hyphenate nature of women in sports and mentorship. AT&T is taking action to address the inequality many women face by supporting them in and out of their respective professional fields. In doing so, AT&T deepens its commitment to women in sports and entertainment, as well as women in business through “She’s Connected by AT&T.” Sabina Ahmed, Assistant Vice President of Sponsorships and Experiential Marketing at AT&T, elaborates:

“The AT&T She’s Connected program is proud to support the next generation of female conductors through the Taki Alsop Conducting Fellowship Mentoring Program. Using our platform allows us to elevate women and create impactful change through mentorship now and in the future to help them achieve anything they aspire to accomplish.”

TACF’s two-decade track record and resulting reputation produced a record 140 candidates for the 2022–24 Fellow award. The high-level candidates represented 40 nationalities, including the first candidate from Azerbaijan, with 73% between the ages of 31–50 and 73% with master’s or doctoral degrees. The process included a thorough application, conducting videos, a personal statement video, references, and interviews for the finalists. In addition to Alsop and the TACF staff, other esteemed conductors and industry leaders also assessed the finalists and provided observations.

“The high artistic and technical skills of these women is truly inspiring. The general level of the 140 applicants was very impressive and gives me hope for a future of broader representation and opportunity for everyone.”

To date, the Taki Alsop Conducting Fellowship has assisted 24 conductors, all of whom are working to maintain the highest artistic standards while ensuring a more equitable future for classical musicians. The TACF roster includes 18 conductors who serve as music directors or chief conductors of orchestras around the world.