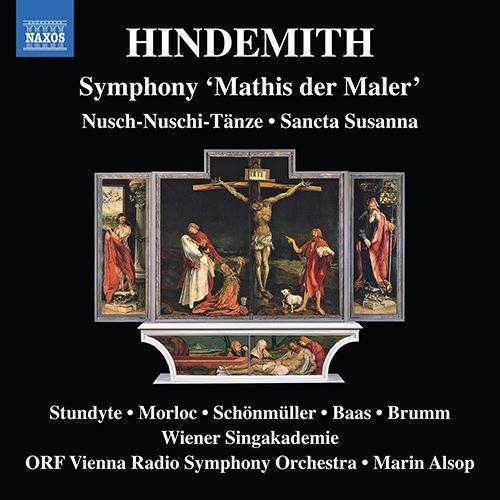 This November brings the release of Marin Alsop’s new Hindemith collection for Naxos, which marks her first recording as Chief Conductor of Austria’s ORF Vienna Radio Symphony Orchestra. The album captures her interpretations of Paul Hindemith’s works, whose music featured in the first program of her tenure. On their new recording, the central opera of Hindemith’s triptych, Das Nusch-Nuschi (1921), is represented by a dance suite that emphasizes its roots in Myanma comedy, and the album is completed by the composer’s “Mathis der Maler” Symphony (1934).

Alsop discusses the new recording and her back catalogue in an upcoming Naxos podcast, scheduled for release on November 26. To pre-order the new album, click here.